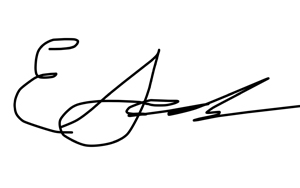 Created by Allie Nimmons, Hysteria is a new horror fiction podcast by, about, and for women. Each episode contains a chilling performance of a dark tale; each story featured is written by a woman, and some of the featured stories provide a commentary about living as a woman in the early 20th century.

A sci-fi radio drama by filmmaker & screenwriter Eduardo Soto-Falcon, “Y2K Redux” is an alternate telling of Y2K and the early days of the year 2000, seen through the eyes of Toonie Radio hosts Roxie Gibson and Luke Marlowe as they ring in the new year…only to discover they are at the brink of an apocalypse…
(I was cast as Roxie, the female lead in the story, and it was a genuine pleasure to work with this talented multi-cultural cast!)

A project by artist Otino Corsano, “Last Call” consists of three audio pieces that are meant to be cinematic constructions, or ‘film as sound’. Three professional actors made an improvised call from a payphone to his answering machine.

You can read his blog post which discusses his vision here.

This is my recording from the project, as shaped by his vision in editing afterward: